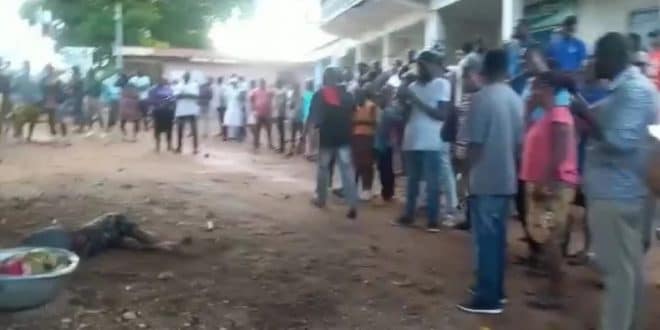 Jonathan Carreidas 31 May 2022 Africa, In the news, Society, West Africa Leave a comment

A 17-year-old male student of the Sokode Senior High School in the Volta Regional Capital, Ho, has died after being struck by lightning, local media reported.

The incident occurred during a downpour in the late hours of Monday.

The deceased, identified as Emmanuel Dorli, was reportedly hit by a thunder strike while in the company of two female colleagues.

The two female friends of the deceased who were also affected by the lightning are currently on admission at the Ho Teaching Hospital, myjoyonline.com indicated.

It is said that according to tradition, the corpse of the deceased must remain where it was struck until the traditional prayers are offered before it can be transported to the morgue.

Meanwhile, one of the locals reportedly attributed the incident to a possible spiritual battle that may have ensued between the deceased and someone.