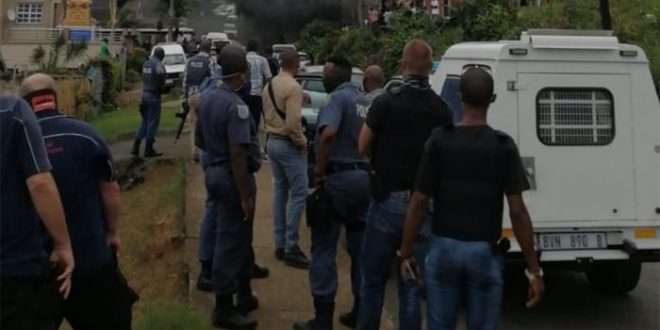 Ibrahim AMEDAHEVI 26 May 2022 Africa, In the news, Society, Southern Africa Leave a comment

An incident occurred in the Ga-Mokgopa section of South Africa’s North West Province where a mob burned to death three men accused of being drug traffickers, police said.

The victims, aged 22 to 36, burned and died in the home, police said in a statement.

According to the police, members of the community followed the three men to their rental house and pelted it with rocks.

The victims allegedly stabbed and injured some of the attackers as they tried to escape, but were forced to return to the house before it was finally set on fire, police said.

The provincial commissioner, Lieutenant-General Sello Kwena, called the incident “inhumane, totally unacceptable and must be condemned”.

“No human being should be subjected by another to any brutal attack, regardless of the nature of the accusation,” he said.

No one has been arrested so far for this case.