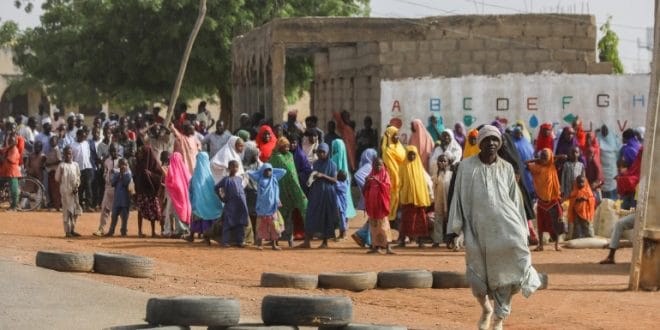 Ibrahim AMEDAHEVI 24 May 2022 Africa, In the news, Security, West Africa Leave a comment

At least 30 people are missing and dozens believed to have been abducted or killed after an attack at the weekend by gunmen in Borno State, northeast Nigeria.

According to witnesses, victims in the town of Rann were shot by gunmen on motorbikes as they went into the bush to fetch firewood.

It’s not clear who carried out the attack.

Both Boko Haram and another militant group linked to the Islamic State have been waging an insurgency in the region, the BBC reported.