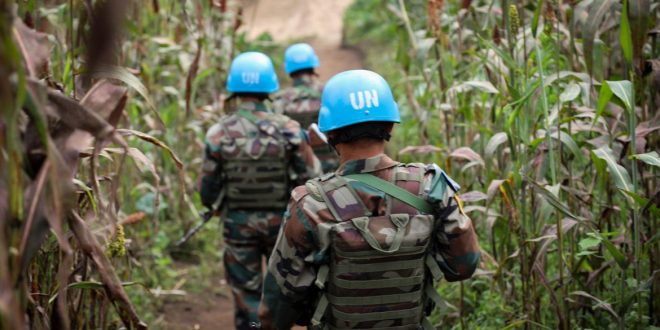 The United Nations condemned recent attacks against its force by M23 rebels in eastern Democratic Republic of Congo and urged them to “immediately cease hostilities”.

In a statement on Twitter , the UN acknowledged “the courage and determination” of its forces who responded to the attacks.

The M23 rebels accuse the UN forces of plotting with government forces and local militia groups to stage “simultaneous attacks” against them.

The rebel group’s spokesman Major Willy Ngoma told the BBC that the UN forces were “seriously shelling at our position with helicopters”.

UN forces have the green light to use force to fight the rebel groups, but locals say they have done little in more than 20 years of their deployment there.