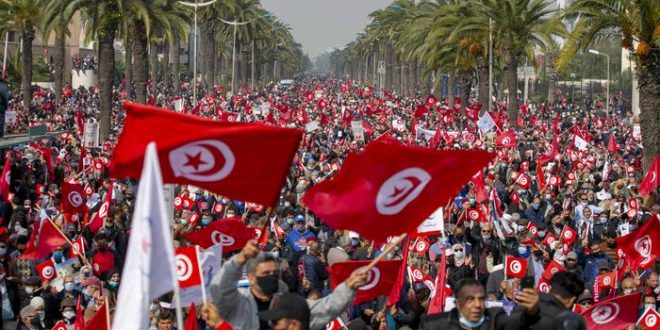 Ibrahim AMEDAHEVI 23 May 2022 Africa, In the news, North Africa, Politics and society Leave a comment

Tunisia’s main union announced it will stage a nationwide strike calling for wage increases as the cost of living rises, the BBC reported.

It comes a day after the UGTT refused to participate in a limited dialogue proposed by President Kaïs Saïed to study ideas for political and economic reform.

The union has more than a million members and remains a powerful political force in Tunisia.

President Saïed has ruled by decree for almost a year, saying that it’s necessary for save Tunisia from political crisis.

His opponents accuse him of staging a coup.