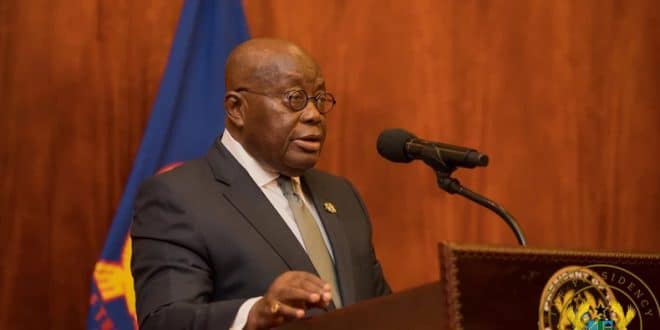 Ibrahim AMEDAHEVI 19 May 2022 Africa, In the news, Politics, West Africa Leave a comment

Ghanaian President Nana Akufo-Addo hailed the massive industrialization drive launched by his government since coming to power and said no other government has done it before them.

According to President Akufo-Addo, the achievements the New Patriotic Party (NPP) government has chalked in industrialization cannot be matched by any government in the history of Ghana.

“I don’t know which period in our history has enjoyed industrial peace like under my presidency. Yes, there has been worker agitation but those are inevitable. A careful look, however, shows that overall, industrial peace in Ghana under the period of my presidency has been unmatched,” President Akufo-Addo said during a visit by the Bono Regional House of Chiefs to the Jubilee House.