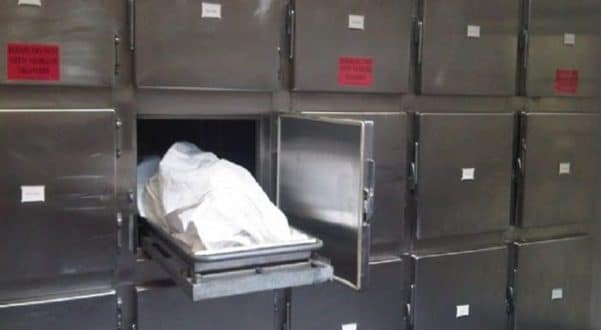 Sudan: authorities close morgue in Khartoum for this particular reason

Ibrahim AMEDAHEVI 18 May 2022 Africa, East Africa, Horn of Africa, In the news, Politics and society Leave a comment

Authorities in Sudan have ordered a morgue in the capital, Khartoum, to shut down because bodies there are starting to decompose in the heat because of frequent power cuts.

The facility is said to hold nearly 1,000 unidentified corpses.

A health ministry official, Hisham Zain al-Abidin, said the morgue was so overwhelmed that many bodies were left on the floors and rodents were scavenging on them, the BBC wrote.

Activists have expressed concern that its closure may cover-up the truth of how many were killed during protests against Sudan’s military rulers.