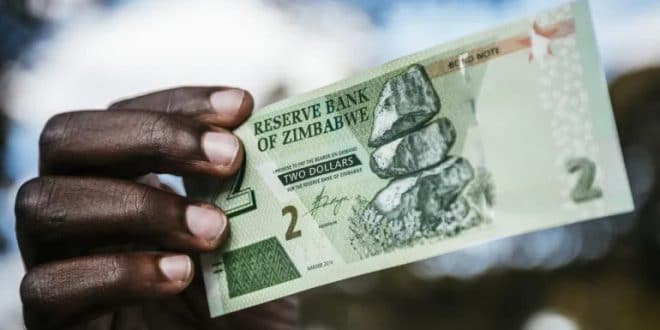 Ibrahim AMEDAHEVI 17 May 2022 Africa, Business, In the news, Politics and society, Southern Africa Leave a comment

Zimbabwe’s central bank has lifted the suspension on bank lending services that was meant to stop the slide of the local currency, the BBC reported.

Authorities have gradually walked back from the proposal.

Inflation has surged to over 96% in the country, as the government blames currency speculators who it accuses of taking out bank loans in the local currency to buy foreign currency on the black market.

Meanwhile some economists blame the government’s control over the exchange rate for the slide in the value of the currency.

In a social media post, Reserve Bank Governor John Mangudya said that the ban would still apply to entities that are under investigation for abusing loans “to the detriment of the economy”.