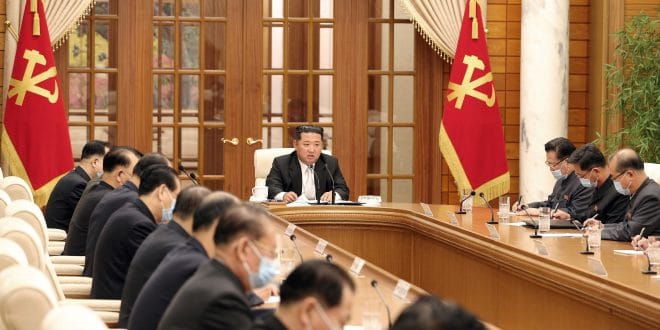 Ibrahim AMEDAHEVI 13 May 2022 Asia, Coronavirus, Health, In the news Leave a comment

North Korean President Kim Jong-un imposed a total lockdown following the discovery of the first case of covid-19 in the country on Thursday.

This dreaded first case was detected during tests carried out on Sunday, May 8, in the city of Pyongyang, on sick and feverish people.

He called on “all cities and counties in the country to carefully confine their territories”.