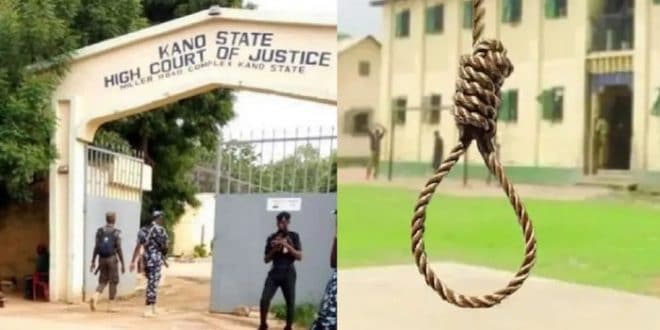 Jonathan Carreidas 12 May 2022 Africa, In the news, Society, West Africa Leave a comment

A High Court in the northern Nigeria has sentenced a 19-year-old man to death for the kidnapping for ransom and killing of his five-year-old nephew in 2019.

Ibrahim Khalil allegedly kidnapped his sister’s son, Ado, and used a sellotape to cover his nose and mouth before burying him in a shallow grave at Sabuwar Sheka in Kano.

The BBC quotes the Kano state justice system spokesperson as saying it appeared the convicted man killed the boy because he feared he had been recognized.

The young man had denied the charges.

Witnesses say he looked sombre as the death sentence was handed down, the report said.

Nigeria is struggling to tackle a wave of kidnappings for ransom by organised gangs and opportunistic criminals.