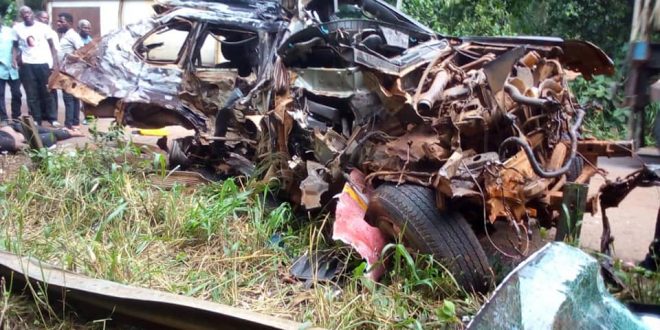 Ibrahim AMEDAHEVI 9 May 2022 Africa, central Africa, In the news, Society Leave a comment

At least seven people died in a road accident on Sunday in the locality of Abong Mbang, east region of Cameroon, local authorities announced.

“The tragedy occurred on Sunday evening near the Ntoung village on the Abong Mbang – Yaoundé axis. There were seven deaths,” Haut-Nyong prefect Joseph Bertrand Mache is quoted by Anadolu Agency as saying.

Road accidents are very numerous and most often deadly in Cameroon.

“Many vehicles are poorly maintained and many roads are in poor condition,” according to Sécuroute, an association that is sensitive to road safety.