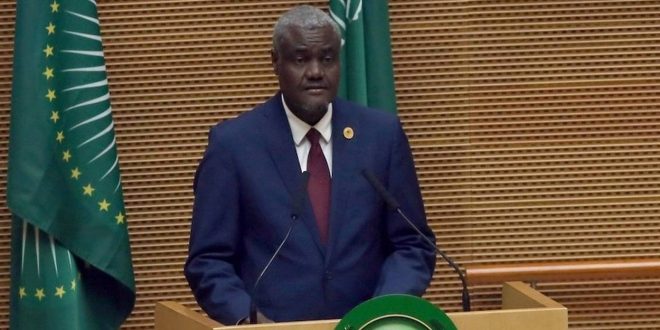 African Union reacts after attack on its base in Somalia

Ibrahim AMEDAHEVI 4 May 2022 Africa, Horn of Africa, In the news, Politics, Security Leave a comment

African Union chairperson Moussa Faki has condemned an attack on the institution’s military base in central Somalia where Burundian soldiers house.

Al-Shabab militants are accused of carrying out the attack in which 170 soldiers reportedly died.

But the AU has not yet released the number of casualties in the attack at the base, which is some 130km (80 miles) north-east of the capital, Mogadishu.

Al-Shabab militants said they took complete control of the AU base. This has not been independently confirmed.

In a statement, Mr Faki said the “attack will not lessen the determination” of the African Union (AU) force in Somalia.

He also called on the international community to increase support to the Somali security services and the AU mission in Somalia.