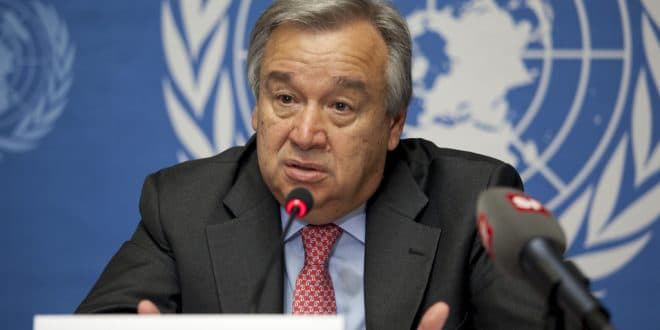 The UN chief Antonio Guterres has urged the international community to help Niger’s military fight jihadist insurgents that have been carrying out frequent attacks, the BBC reports.

Speaking during a visit to the capital, Niamey, he said the violence in the Sahel region had become a global threat.

Antonio Guterres said Niger could not face the jihadist security threat alone and called on other countries and regional bodies to help with training and equipment.

France and the United States both have military bases in the country.

Niger is part of a regional force known as G5 Sahel along with Mauritania, Mali, Burkina Faso and Chad.

But the UN chief pointed out that this force has been weakened after two of those countries experienced military coups.

Last month MPs in Niger voted in favour of allowing the deployment of more foreign forces – a real sign of just how deadly, frequent and widespread the attacks have become.