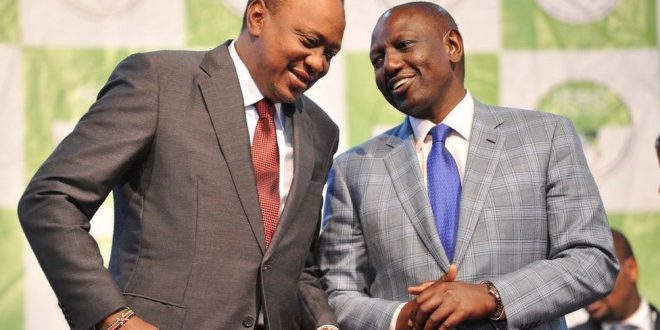 Jonathan Carreidas 3 May 2022 Africa, East Africa, In the news, Politics Leave a comment

Kenyan President Uhuru Kenyatta has urged his deputy William Ruto to step down as relations between the two deteriorate ahead of general elections due in August.

President Kenyatta accused Deputy Ruto of not doing enough to help the country deal with the struggling economy, and said he shouldn’t criticize the government from within.

The president does not have the power to sack his deputy.

The Vice-President can only be removed from office if he is impeached or is incapacitated.

He said Mr Odinga has more experience than Mr Ruto.