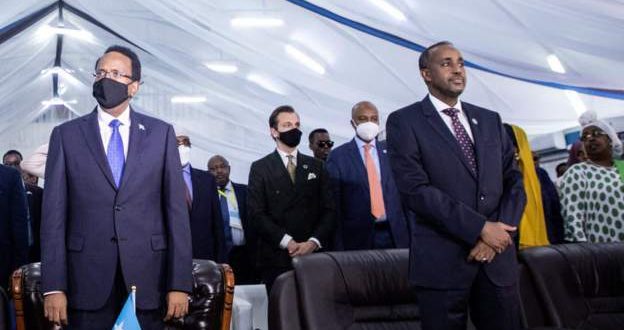 The al-Qaeda-allied al-Shabab militant group has dismissed reports that it was planning an attack against the Somali president and prime minister.

The Shabab commander said Nisa was “not capable” of unearthing the group’s operations.

The militants claimed the statement from the spy agency “indicates an imminent threat” against some officials because of political disputes.

“Although the leaders and the officials of the apostate (Somali government) are always our target, we will not allow them to involve us in their disputes,” the jihadist commander was quoted as saying.

The group also denied the existence of a senior al-Shabab operative named Mohamed Mahir, who Nisa said was leading the alleged attack plot.

Somalia’s security situation continues to be be jeopardised by political wrangles over its delayed election.