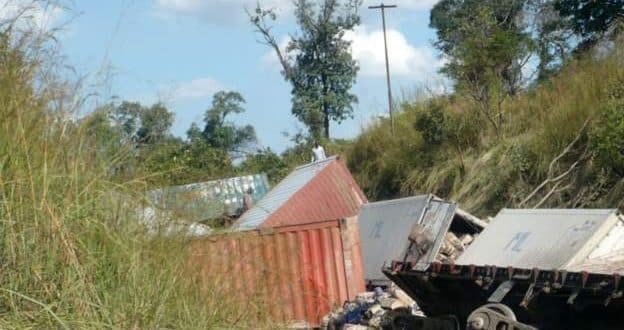 DR Congo: several dead and injured in a train accident

An eight-carriage cargo train derailed as it was traveling from the Lualaba to Kasaï province, in south-eastern Democratic Republic of Congo, the BBC reports.

Clementine Lutanda, a local administrator from the Lubudi neighborhood where the train began its journey, told the BBC that the crash left seven people dead and 14 others injured.

The National Railways Company, SNCC, has not yet said what caused the accident.

DR Congo’s Transport Minister Cerubin Okende said an investigation is under way to find it out.

In March, another train derailed in DR Congo killing 75 people and injuring 125 others.