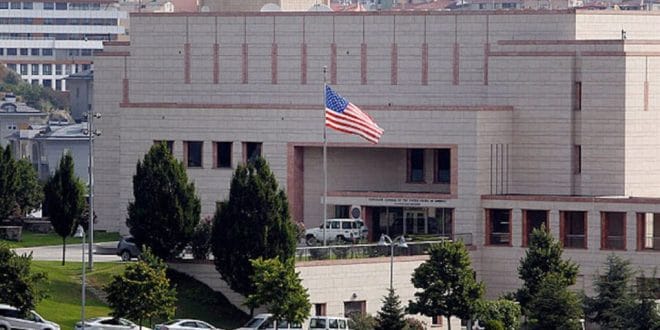 Nigeria: US to build $537m consulate in Lagos

The United States announced the building of a consulate in the Nigerian megacity Lagos, the country’s commercial capital, as Washington strengthens economic and diplomatic relations with Africa’s most populous country, Reuters agency reports.

The consulate will be worth $537 million.

The U.S. is among the largest foreign investors and donors in Nigeria with annual trade between the two countries at over $10 billion, according to the State Department.

U.S. Ambassador to Nigeria Mary Leonard said the new consulate, to be built on land reclaimed from the Atlantic Ocean, would take five years to complete.

Like most countries, the U.S. has an embassy in the Nigerian capital, Abuja, and a consulate office in Lagos, a sprawling city of more than 20 million people and Nigeria’s major economic hub, the agency said.