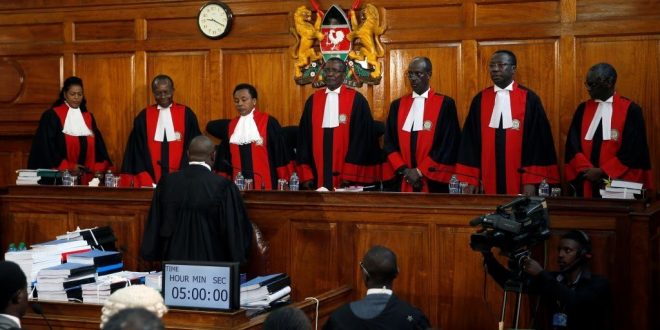 Kenya’s top court on Thursday stopped President Uhuru Kenyatta’s divisive bid to make sweeping constitutional changes which opponents say was an attempt to widen the presidency’s powers and has dominated early campaigning for an election in August, Reuters reports.

His estranged deputy and presidential candidate William Ruto has charged the changes would have led to an all-powerful presidency, while Kenyatta argued the proposal would promote power sharing among competing ethnic groups.

In a majority judgement, the Supreme Court, whose ruling is final, upheld a finding by the lower courts that Kenyatta initiated the changes through a constitutional provision exclusively reserved for citizens, not executive leaders.

“He cannot run with the hare and hunt with the hounds,” said William Ouko, one of the judges of the seven member court.

Last year, the High Court and the Court of Appeal struck down the proposed amendments popularly known as the Building Bridges Initiative (BBI), prompting the government to appeal.