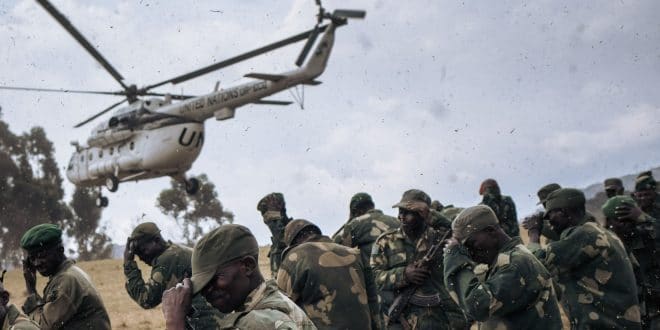 The M23 rebel group has denied shooting down a UN helicopter that crashed on Sunday while carrying peacekeepers on a reconnaissance mission in north-eastern Democratic Republic of Congo, the BBC reports.

According to the rebel group, the Congolese army is responsible for the attack because it shot down the UN helicopter as it tried to attack their positions.

But the DR Congo army had on Tuesday blamed the rebels for the crash.

Clashes between rebels and the Congolese army have seen more than 6,000 civilians flee their homes in the Rutshuru area of North Kivu province, according to the Red Cross, the news agency said.