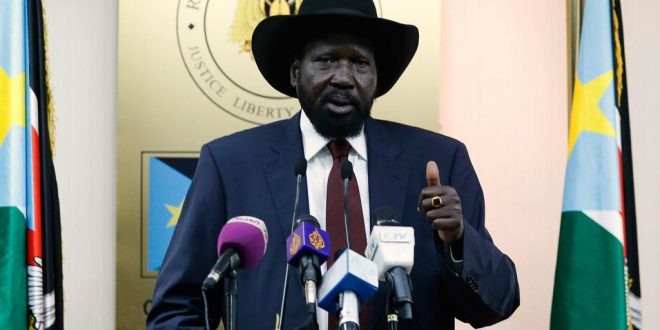 President Kiir said all those found culpable of offences by the released materials will be granted presidential pardon.

The declassification is expected to help in the process of national reconciliation and healing, he said in an address on Monday.

It is the first time the president has issued such a directive.

“This is very important so that the people of South Sudan know the truth and judge for themselves, and from this knowledge, we must tell the truth because genuine reconciliation has its basis on it.”

“So there is no cause for alarm over this, because we are interested in it for the public to know the truth about the background of the conflict in our country,” he added.

Mr Kiir’s directive comes a day after dozens of heavily armed troops were deployed around the residence of the First Vice-President Riek Machar.

The president described it as “normal practice”, but Mr Machar condemned the move, saying it “creates doubt” that the fragile peace process can succeed.