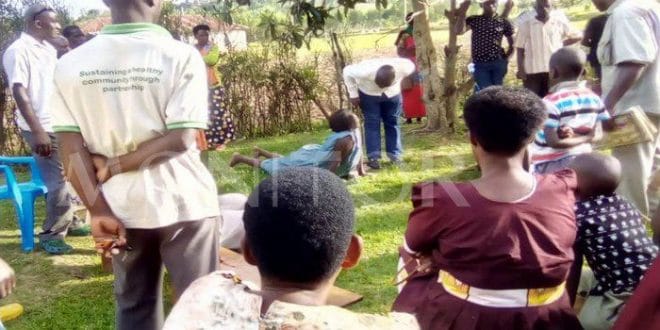 A 59-year-old Ugandan woman was publicly whipped by village elders as punishment after she was caught having sex with an 18-year-old man.

Ms. Katsigaire was allegedly caught in the act by residents of her village having sex with an 18-year-old boy.

According to reports, women in the village suspected Dame Kedesi Katsigaire of being a sexual predator, who abused the younger ones.

Following this situation, the council of the village of Nyambirizi which judges the attitude of the woman “indecent” inflicted a corporal punishment on her.

“When we stopped the two, we looked at all the options. Community work and caning. Mrs. Katsigaire chose caning and we decided to give her 10 strokes of the cane as a warning to other [older] women,” Mr. Bigirwa said.

For, Jacenta Kamashengyero, the social assistance of the parish of Bwera also castigated the attitude of Lady Katsigaire.

“We wouldn’t mind if Ms Katsigaire practiced her questionable behavior with the old men. But when you look at the [age] gap between the two, it’s abnormal,” said Jacenta Kamashengyero, social worker at Bwera parish.