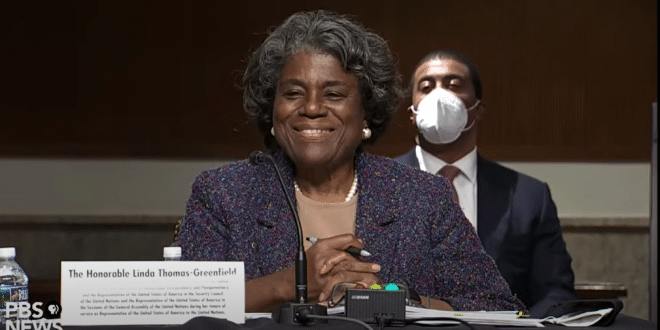 In an interview with the BBC, US ambassador to the United Nations, Linda Thomas-Greenfield has said African states cannot remain neutral on the war in Ukraine.

Linda Thomas-Greenfield said that in the General Assembly vote two weeks ago to deplore the Russian invasion of Ukraine, 17 African countries abstained and another eight did not vote at all.

“There can be no neutral ground, and this crisis was not simply a Cold War competition between the West and Russia,” she said.

Ms Thomas-Greenfield said the US was helping to find alternative sources of commodities which countries import from Russia, the BBC reports.

The diplomat also said the US would support South Africa’s offer to mediate between Russia and Ukraine.