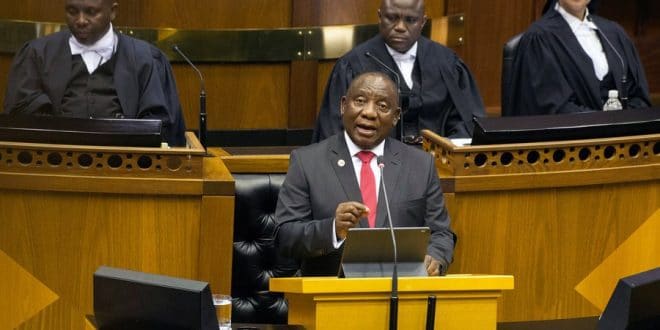 “The war could have been avoided if NATO had heeded the warnings from amongst its own leaders and officials over the years that its eastward expansion would lead to greater, not less, instability in the region,” Ramaphosa said in response to questions in parliament.

But he added that South Africa “cannot condone the use of force and violation of international law”, an apparent reference to Russia’s invasion of Ukraine.

The president also revealed that Russian president Vladimir Putin had assured him personally that negotiations were making progress. He said he had not yet talked with Ukraine’s president Volodymyr Zelenskyy, but that he wanted to, Reuters reports.

President Ramaphosa has said South Africa will not condemn Russia in the Ukraine conflict.

“There are those who are insisting that we should take a very adversarial stance against Russia. The approach we are going to take (instead) is … insisting that there should be dialogue,” Ramaphosa added.