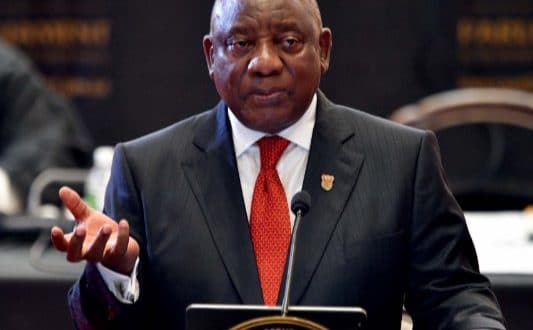 Approved by political parties, Judge Raymond Zondo is hailed for his long experience in the judicial field.

But Julius Malema’s Economic Freedom Fighters party dismissed Justice Zondo as a “divisive force” who was “prone to descending into the political arena”.

Zondo, who has served as deputy chief justice at the Constitutional Court for the last five years, became the public face of Ramaphosa’s anti-corruption drive while heading a recent national inquiry into allegations of widespread graft under former President Jacob Zuma during his nearly a decade as head of state.

Last year the country’s highest Constitutional Court sentenced former president Jacob Zuma to 15 months imprisonment after he failed to appear at the Zondo corruption inquiry despite being instructed to.