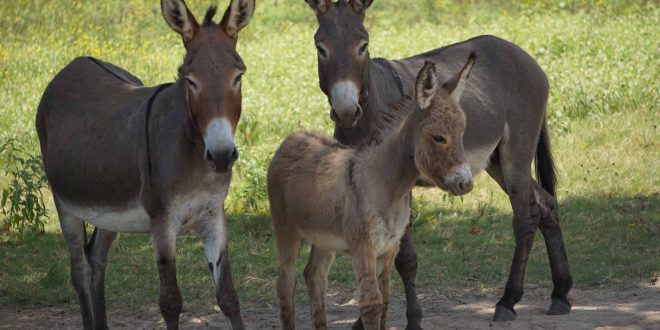 Customs officials in Nigeria say they have intercepted 1,390 sacks of donkey meat in the north-western state of Kebbi near the border with Niger, local media reported.

The head of the customs in the region, Joseph Attah said initial investigations suggested about 1,000 donkeys were slaughtered and their meat packed in the sacks.

‘’It is an illegal trade of wildlife which violates Nigerian laws,” he said.

Officials said they have arrested the driver of the truck alongside one other suspect.

Nigerian authorities fight against the killing of donkeys and the illegal trade of their parts as the population of the animals continue to decline rapidly.

In the past, Nigerian officials have said donkey body parts – including skin – were commonly smuggled into Asian countries, including China, where they are believed to have been used to make medicine and traditional cosmetics.