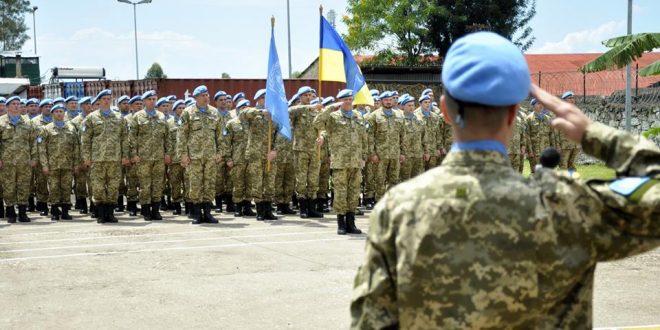 Ukraine is to withdraw all of its forces from UN peacekeeping missions in Africa and Europe so they can be redeployed to fight invading Russian troops at home.

Its biggest mission was in the Democratic Republic of Congo, where about 250 Ukrainian troops had been serving.

They will soon leave along with their eight helicopters and other military equipment.

The UN says it is reviewing the impact of the Ukrainian government’s decision, and praised their “strong contribution” in DR Congo and other countries.

A spokesman for Monusco, the UN’s peacekeeping mission in DR Congo, told the BBC that talks were under way on how to manage the withdrawal.