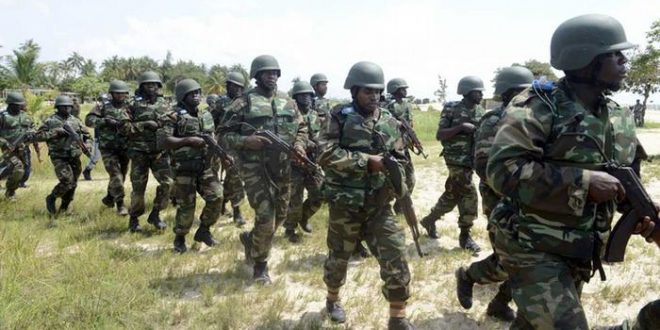 Nigerian government has said it will not allow its nationals to be enlisted to fight in the ongoing conflict between Ukraine and Russian troops.

This follows reports of alleged recruitment of volunteers in the country to fight on the side of Ukraine.

Nigeria’s foreign ministry said the Ukrainian embassy had denied any role in the alleged exercise.

But the embassy confirmed that a number of Nigerians had approached it indicating willingness to join the war, according to a ministry statement.

“Nigeria discourages the use of mercenaries anywhere in the world and will not tolerate the recruitment, in Nigeria, of Nigerians as mercenaries to fight in Ukraine or anywhere else in the world,” the ministry’s spokesperson said.

It comes days after Senegal’s foreign ministry declared a Ukrainian embassy Facebook post illegal that called for Senegalese volunteers to enlist in the fight against Russia.