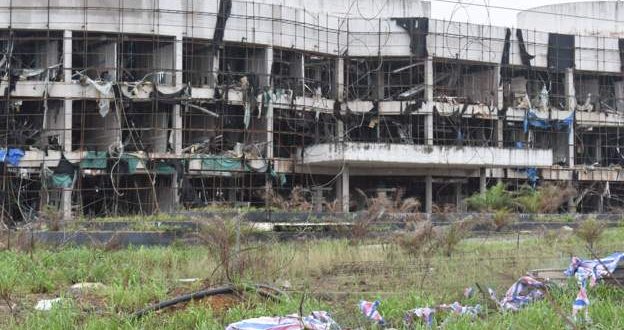 A commemorative monument to the 107 people killed in explosions in an army base in Equatorial Guinea last year is due to be unveiled later during a religious service.

The mass in memory of those who died will be held near where the explosions started in the capital, Bata.

Last March, four explosions devastated the Nkoa-Ntoma army camp. Many neighbouring residential areas were caught up in the blaze which was started after a poorly controlled fire spread to the camp’s armoury.

According to official figures, 107 people were killed and 615 were injured. Two soldiers were sentenced to 35 and 50 years in prison for negligence over the explosions.

Equatorial Guinea’s government announced it had released 700 million CFA francs (£900,000; $1,157,000) as compensation for the fatalities and those who were injured.