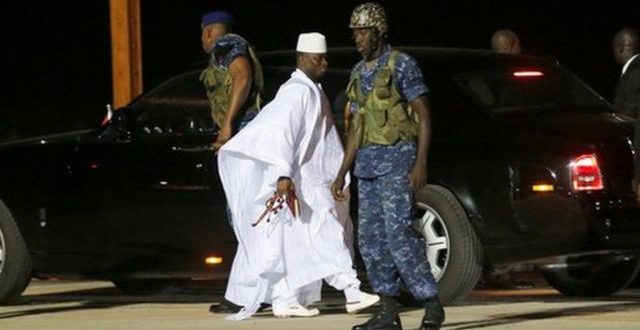 Germany’s federal prosecutor said on Thursday he had filed charges against a Gambian man suspected of participating in crimes against humanity, including the killing of a journalist, as a driver in the elite guard of former President Yahya Jammeh, Reuters agency reports

The Federal Public Prosecutor (GBA) identified the suspect as Bai L., in line with German privacy rules which bar releasing the surname of suspects.

The charges were filed on Feb. 22 at the higher regional court in the western city of Celle. It did not say how the suspect had reacted to the charges.

The GBA said the suspect had been a member of Jammeh’s elite guard, known as “the junglers”, for three years starting in December 2003, and on at least three occasions drove officers to locations where they fired on the president’s opponents.

Bai L. was also charged with being the driver in attacks against a lawyer in 2003, and against another unidentified opponent of Jammeh, probably in 2006.

Police detained the suspect a year ago and searched his apartment in the northern city of Hannover.

The GBA did not say whether his arrest had been requested by Gambia.