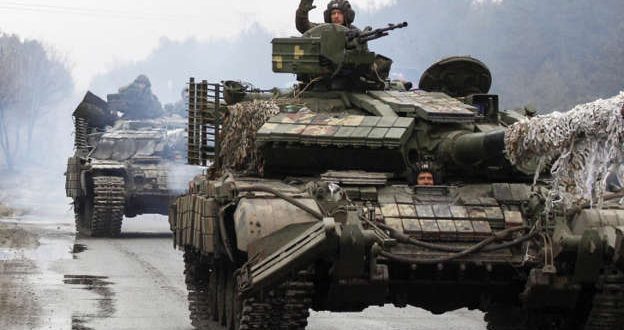 The South African ambassador to Ukraine fled the capital, Kyiv, as a Russian armored convoy heads for the city and condemned discrimination against black people in the country, the BBC reports.

Andre Groenewald said explosions could be heard in the distance as he packed the car to leave on Wednesday morning.

He is now travelling south in a convoy of two vehicles with his wife, three children and the last remaining embassy staff towards Romania, Moldova or Hungary.

He said he and other colleagues and ambassadors had been working hard to secure the exit of South Africans and other foreigners from Ukraine – some of whom have faced racism at they have tried to flee.

“We’ve heard all of these accusations, we’ve seen the videos and we are concerned… We’ve protested ourselves on [an] official level to the government and asked them to please help the students that are still coming through,” he added.

South Africa’s ambassadors in both in Poland and Hungary had also gone to the borders to help people get through, he said.

Part of the problem was that “initially, only Ukrainian women and children” were being allowed through – and as officials from Ukraine were sticking strictly to these instructions, this had impacted on all the foreigners.

He denounced the discrimination, adding that bombs don’t discriminate.