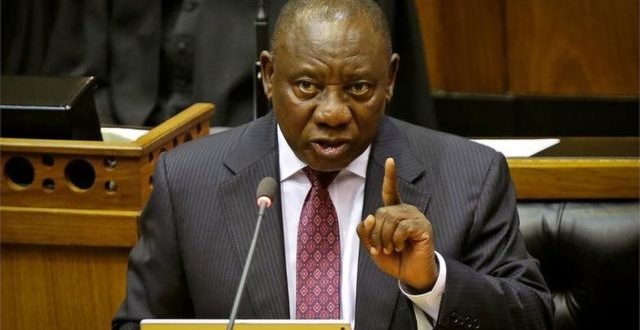 News 24 reported (paywall) that Ms Pandor “raised the ire” of Mr Ramaphosa after her department issued a statement calling for Russia’s immediate withdrawal from Ukraine.

The news site added that the governing African National Congress’ international relations subcommittee is expected to throw the book at Mr Pandor during a meeting on Monday.

According the The Sunday Times, the president didn’t appreciate the strongly worded statement, with sources close to him claiming it “contradicts” SA’s position.

“The president did not see the statement before it was issued and does not agree with it. There are people within Dirco [Department of International Relations and Cooperation] with an agenda that we must be enemies with Russia,” the Sunday Times quoted an unnamed source as saying.

Ms Pandor’s spokesman Lunga Ngqengelele told the paper he was unaware of the president being unhappy about the statement, and the call for the withdrawal of troops was to “give a chance for negotiations to take place”.