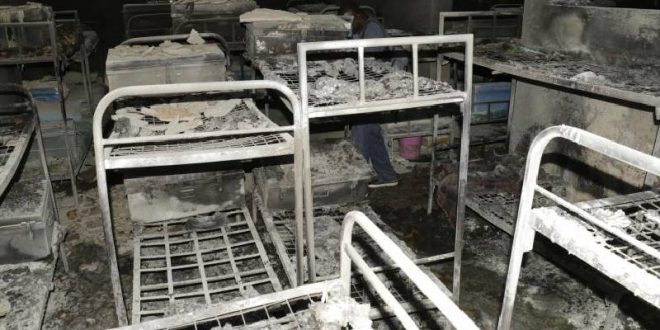 A Kenyan girl has been sentenced to five years in jail for manslaughter over a school dormitory fire that killed nine of her colleagues.

The 18-year-old committed the offence in 2017 while aged 14 in her first year of secondary school at the Moi Girls School in the capital, Nairobi.

The court had heard that she had attempted to take her own life twice before she started the fire in her cubicle.

The parents and guardians of the girls who died in the fire say the sentence is lenient but are glad justice has been served, local media report.

Arson has become a common problem at Kenyan boarding schools over the last two decades.