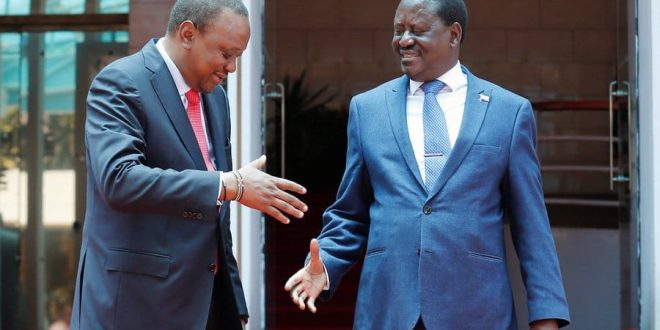 Kenyan Head of State Uhuru Kenyatta has officially announced that he supports the candidacy of opposition leader Raila Odinga in the next presidential election scheduled for August 9.

This news does not surprise Kenyan population. President Kenyatta urged his supporters to back Mr Odinga’s bid saying that he had the best interests of the country at heart.

According to the president, Mr Odinga understood where the country was heading, and that he would therefore be at peace to hand him the “leadership mantle”.

This will be the fifth time Mr Odinga is running for president, and many believe it will be his last.

The president’s backing of Mr Odinga has led to the political isolation of Deputy President William Ruto, who will also be seeking the presidency under the United Democratic Alliance.