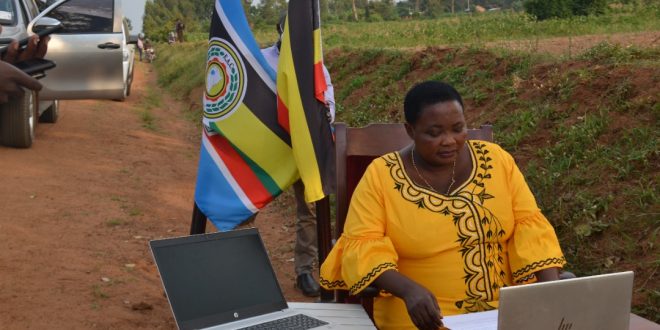 Ugandan Prime Minister Nabbanja Robinah was seen in a video where she attended the latest African Union meeting. What sparked reactions on the internet was that she participated in the summit on the side of the road.

The picture is going viral. In a viral video, the Prime Minister is seen attending a virtual global summit from the side of the road. Did she choose to attend the roadside summit? Actually no.

The Prime Minister was on her way to inspect a government project when she stopped on the road to address participants at the World Disability Summit.

In some photos and video Nabbanja shared on Twitter, two office flagpoles were mounted just behind her, with one hand-held by an aide, as her entourage parked on the dirt road. She could also be seen with a desk and two laptops.