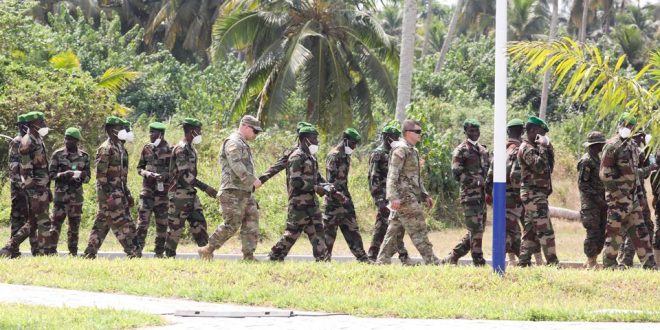 The training program, known as Flintlock, will bring together more than 400 soldiers from across West Africa.

Central to this year’s training is coordination between different forces fighting the same enemy.

“A main focus of Flintlock is information sharing. If we can’t communicate, we can’t work together,” said Admiral Jamie Sands, Commander of the U.S. Special Operations Command Africa, at the opening ceremony.

Mali, Niger and Burkina Faso have been overrun by attacks since 2015 that have killed thousands and uprooted more than 2 million people. Security experts say insurgents have infiltrated coastal countries including Benin and Ivory Coast, Reuters reports