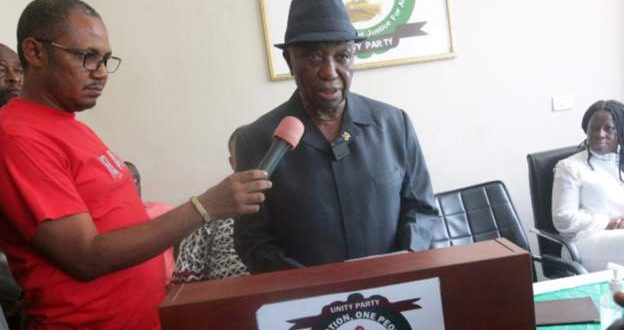 Liberia’s main opposition Unity Party is now the second to withdraw from the four-party coalition that’s planning to challenge President George Weah in next year’s elections.

This latest move leaves the coalition in disarray.

The first party to pull out was the All Liberian Party, of millionaire Benoni Urey. The Unity Party itself had been in power from 2005 to 2017 and is led by ex-Vice President Joseph Boakai.

Of the two remaining parties in the opposition coalition, the Alternative National Congress (ANC) led by Alexander Cummings is almost the last one standing – because the Liberty Party has split into factions with some wanting to follow Mr Boakai’s Unity Party.

Mr Boakai, 77, was defeated at the 2017 polls by George Weah and later said a “new and more formidable” coalition was being formed “to make President Weah a one-term president” come 2023.

Many see the opposition’s crisis as an advantage for President Weah’s attempt to win a second term in office.

But the alliance that backed the former footballer is struggling with internal frustrations over the alleged exclusion of some member parties.