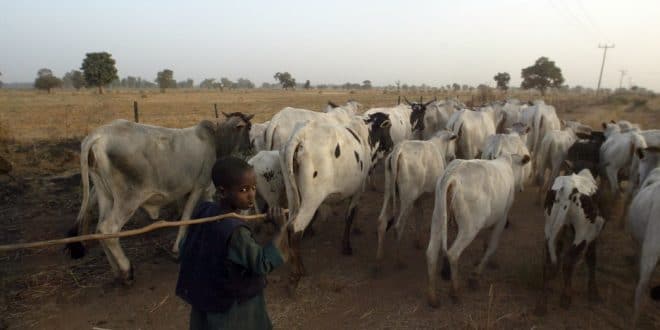 Gunmen have shot dead at least eight people and 51 cows at a new cattle market in the south-eastern Nigerian state of Abia, local media reported.

Regional police spokesperson Geoffrey Ogbonna told the BBC that a number of people had also been wounded while shops and the market’s fence had been destroyed.

The attack happened on Tuesday night in Omuma-Uzo community.

It is not yet clear who carried out the attack or the motive behind it, but there have been reports of tension in the area since livestock traders were relocated to the market by the authorities.

Nigeria is grappling with multiple security challenges – and for decades tensions between herders and farmers have led to clashes.