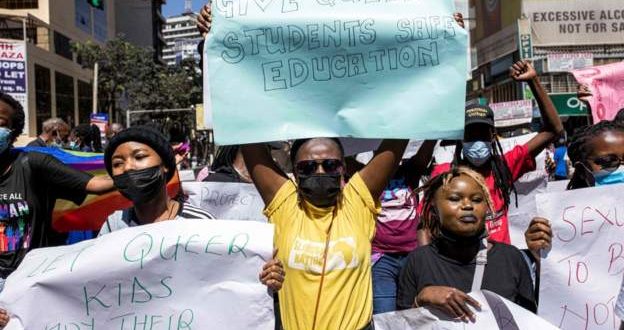 Kenyan education minister says gay students infringing on the rights of other learners should not be allowed to attend boarding schools.

Prof George Magoha advised instead that the gay students “moving from one bed to another” should be admitted to day schools.

He said that while he had nothing against gay students, having them in day schools would allow closer supervision by their parents.

It comes after a male student was reportedly sodomised at a boarding high school in the capital Nairobi.

Some Kenyans say that the minister’s statements are discriminatory while others say some gay students are infringing on other students’ rights.

On Monday, the minister said his earlier statement had been misunderstood to mean that gay students should be expelled from boarding schools.

Mr Magoha was in December quoted as saying that “children who are homosexual and lesbians must go to day schools close to their homes”.

The statement sparked protests that were organised by the queer community in Nairobi.