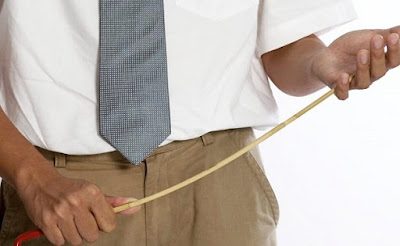 A teacher at Asaba Nursery and Primary School in Nigeria’s Delta State has been arrested for allegedly whipping a 19-month-old pupil to death, police report.

The teacher allegedly left several marks on the toddler’s body after whipping him last Monday.

According to reports, the suspect, believed to be the son of the owner of the private school, started beating the student after catching him playing with water.

The student reportedly fell ill after the incident and was taken to Federal Medical Center (FMC) in Asaba where he eventually passed away.

Police spokesman DSP Dafe Bright told the BBC the suspect would be charged with murder and manslaughter.