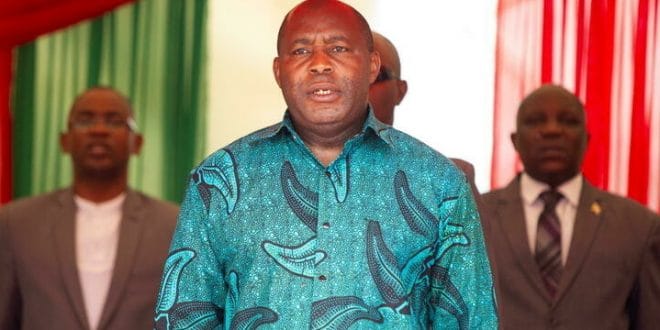 Burundi gets US aid as sanctions are dropped

In the same week the European Union (EU) lifted its sanctions on Burundi, the US says it it doing the same, thanks to “significantly decreased violence” and reforms by President Évariste Ndayishimiye.

However, Burundian opposition figures say repression and human rights issues have not improved.

A statement from the US Department of Treasury on Thursday said the US had imposed sanctions because of “killing of and violence against civilians, and significant political repression” following unrest in 2015.

On Friday, Burundi’s Foreign Affairs Minister Albert Shingiro announced an aid agreement “signed this morning with the US”.

He tweeted the news, calling it a “a kitty of $400m [£294m]” to support President Ndayishimiye’s “sustainable development” efforts.