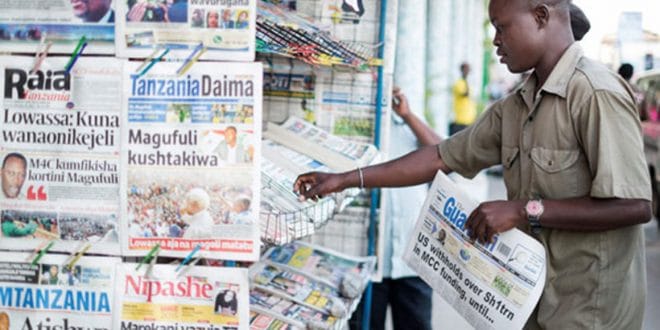 Tanzania has lifted a ban on four newspapers suspended when the late President John Magufuli was in power, the BBC reports.

The four – Mwanahalisi, Mawio, Mseto and Tanzania Daima – had their licences suspended for various reasons, including publishing false stories.

They were regarded as being critical of Mr Magufuli, who took office after winning elections in 2015 and again in 2020.

President Samia Suluhu, who took over after Mr Magufuli’s death in March last year, has vowed to uphold media freedom – a marked departure from her predecessor.

Reacting to the news, the owner of Mwanahalisi and Mseto thanked President Samia and promised to operate within the ethics and media laws.