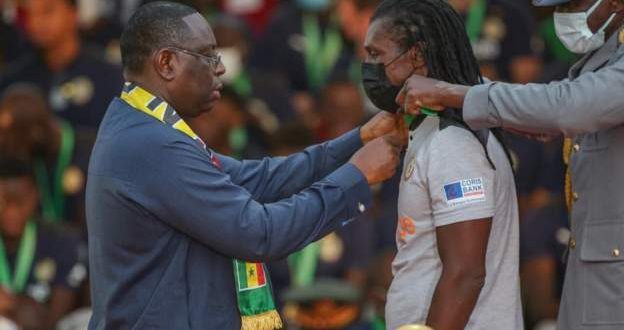 Senegal: each member of the national football team rewarded

Authorities in Senegal have rewarded each member of the national football team with cash prizes lands following their win at the Africa Cup of Nations (AFCON 2021).

President Macky Sall said each team member will receive more than $87,000 and plots in the capital, Dakar, and nearby Diamniadio.

He also appointed the team to the Senegal’s prestigious Order of the Lion, and praised the team’s coach, Aliou Cissé.

The president had earlier thanked the team for reaching the “top of Africa” and for bringing “pride and honour that marks great people”.

Senegal defeated Egypt 4-2 on penalties becoming the tournament champions for the first time in their history.