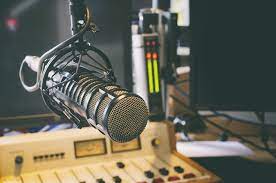 The sound of heavy gunfire heard in Guinea Bissau’s capital created panic among some civil servants nearly a week after an attempted coup.

But the attack by unknown gunmen was not on government buildings but rather the offices of a private radio station.

Capital Radio’s equipment – including its transmitter, mixing console and computers – were destroyed.

The station is an affiliate of the US international broadcaster, Voice of America (VOA), but it is not clear who carried out the attack or why.

The same radio station was previously targeted in July 2020.

After hearing the gunshots, some civil servants were seen fleeing home.

At least 11 people were killed last Tuesday when soldiers attempted to overthrow President Umaro Sissoco Embaló, according to the authorities.

The president has announced an inquiry into the attempted coup.