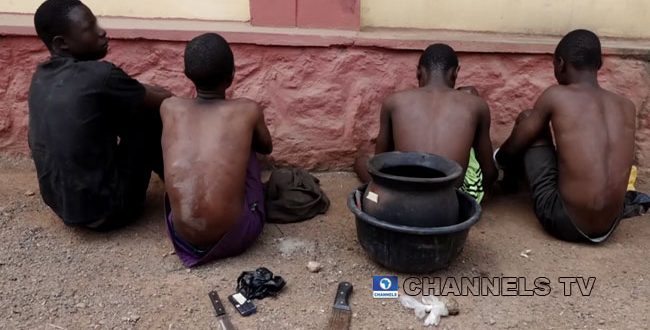 Four men in Nigeria have been charged with the murder a 20-year-old woman in a suspected ritual killing case that has shocked the country.

But the men, aged between 18 and 20, were not asked to enter a plea during their first court appearance on Thursday in south-western Ogun state, newspapers report.

They were arrested last Saturday for allegedly killing Sofiat Kehinde and burning her corpse in a pot.

Police say she had been dating one of them at the time of her murder in the early hours of Saturday morning.

Magistrate I O Abudu ordered that the young men be remanded in prison for two months until their next appearance in court.

Police prosecutor Lawrence Balogun told the court that the defendants had murdered Ms Kehinde with plans to use her body parts in some kind of money-making juju.