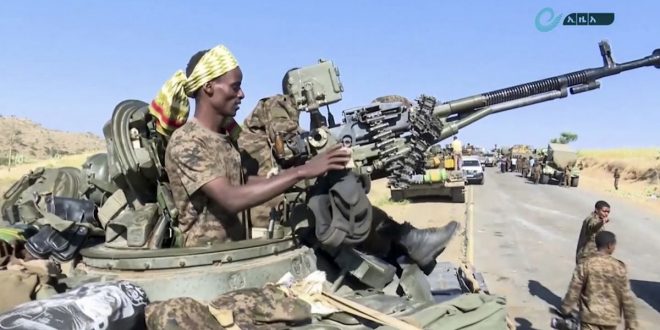 Ethiopia: federal troops accused of being behind Oromia massacre

Jonathan Carreidas 2 February 2022 Africa, Horn of Africa, In the news, Politics and society Leave a comment

Earlier, the authorities had said an armed rebel group, the Oromo Liberation Army (OLA), was behind the attacks.

The report from the commission – hailed for its independence despite being a state-linked institution – is a slap in the face for Oromia’s authorities.

Dubbed the “Karayu massacre” – named after the location of the attack – the report says the victims were taken from their homes to a nearby forest by the security forces and shot.

Relatives were forbidden from taking the dead for burial and some were eaten by wild animals, the commission added.

The killings followed an attack by rebel groups on members of the police force, the report said.

The regional government has not yet responded to the accusations.

Reports of extrajudicial killings have increased in Ethiopia particularly following the outbreak of war 15 months ago in the country’s north.