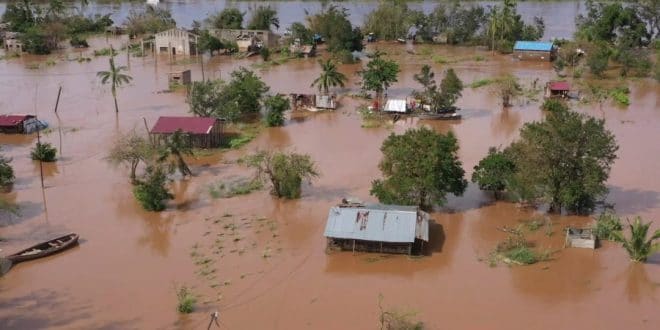 At least 16 people were rescued when the bank they were on was surrounded by water, authorities in Mozambique said.

The administrator of Chemba district, Paulo Quembo, said that two boats were sent on Monday to the site on the Zambezi River in order to avoid a tragedy.

He said that these people had been warned about the danger of flooding as a result of the rise in the river, but they turned a deaf ear.

In addition to agricultural fields, the floods destroyed 16 houses whose owners are in temporary reception centres.

The administrator of Chemba said that circulation was restricted on some roads.