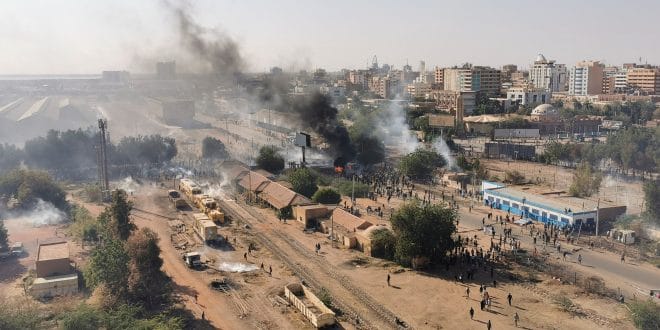 The Central Committee of Sudanese Doctors (CCSD) said a protester has been killed as security forces confronted thousands of people protesting against military rule in Sudan’s capital Khartoum on Sunday.

The 27-year-old, Mohamed Yousef Ismail, was hit in the chest, medics said.

Security forces fired tear gas to try to disperse the crowds who were marching in defiance of a ban on demonstrations, a Reuters reporter said.

“We will demonstrate so that our children can live in a civil and democratic state in the future. We will not allow our children’s future to be confiscated,” protester Mohamed Abdelrahman told Reuters.

On Saturday, Khartoum State authorities issued a decision banning processions and mass gatherings in central Khartoum, urging people to gather instead in squares and local areas.

At least 79 civilians have been killed and more than 2,000 injured in crack-downs on the protests, mainly by gunshots and teargas canisters, according to the CCSD.

Military leaders say peaceful protests are allowed and protest casualties will be investigated.