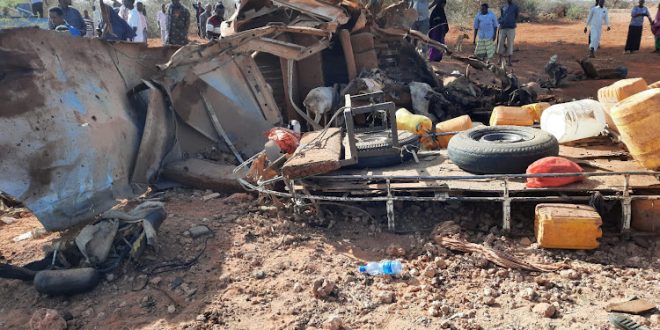 At least nine people have died and several others injured, after a bomb attack in northern Kenya on a public commuter van, locally known as matatu, local media report.

The matatu was travelling towards Mandera, a town in the border area, which has been regularly targeted by militant attacks.

Witnesses said the death toll may rise because the victims had serious injuries.

Pictures from local journalists show mangled wreckage of the minivan that appears to have been blown up after running over an improvised explosive device (IED) on the road.

No one has taken responsibility for the attack, but al-Shabab insurgents have attacked police and civilians in and around Mandera with several fatalities in recent years, the BBC reports.