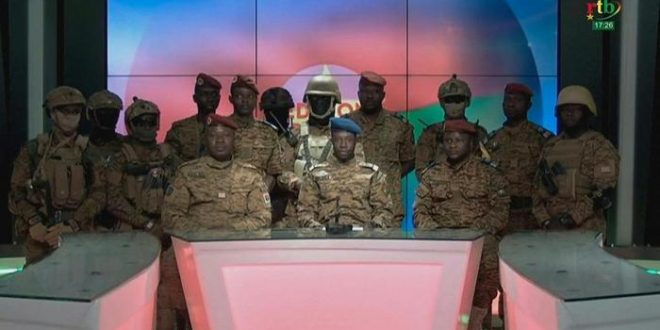 The army in Burkina Faso confirmed on the evening of January 24, its seizure of power as well as the dissolution of the government of President Roch Marc Christian Kaboré.

The Patriotic Movement for Safeguarding and Restoration (MPSR), bringing together the putschists, in a press release broadcast on national television, decided to put an end to the powers of President Roch Marc Christian Kaboré.

The army takes control of power and makes the following decisions:

The military leaders stressed that the operation took place in calm without bloodshed and without violence on the arrested people who are kept in a safe place in the respect of their dignity.

The putschists also declared that they are committed to proposing within a reasonable time, a timetable for returning to a constitutional order accepted by all.