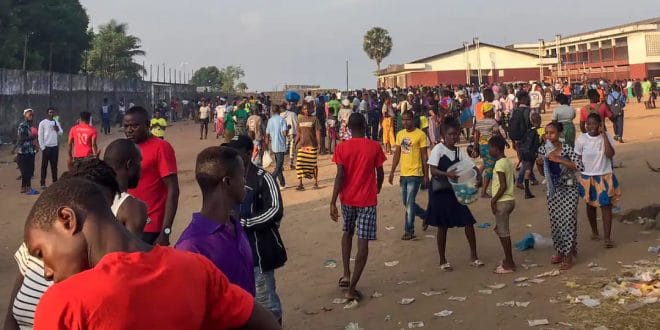 A stampede at a church gathering in the Liberian capital Monrovia killed 29 people overnight, the deputy information minister told state radio on Thursday.

The incident occurred during an all-night Christian worship event at New Kru Town, a neighbourhood on the outskirts of the capital, Jalawah Tonpo said.

“The doctors said 29 persons died and some are on the critical list. This is a sad day for the country;” Tonpo said.

Exodus Morias, a resident who attended the event, told Reuters the stampede began after a group of armed men rushed the crowd in an attempt to stage a robbery.

President George Weah, who is expected to visit the site on Thursday afternoon, declared a three-day period of national mourning and said the Liberian Red Cross and had been called in to assist victims, his office said.